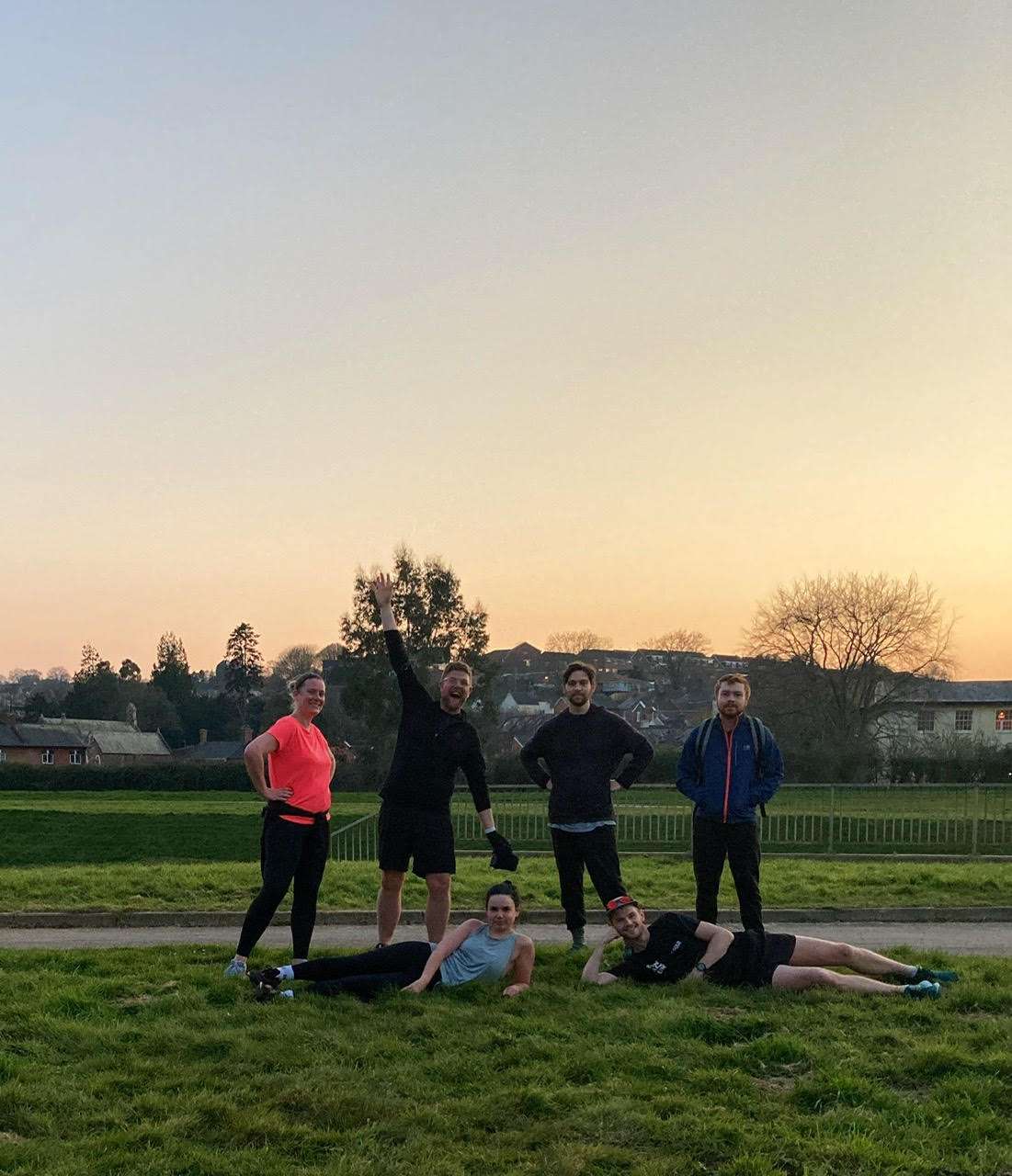 When you’re feeling low, exercise might be the last thing on your mind. But getting your body moving can do wonders for your mind and can help you to feel great.

Run Talk Run does just that. This free global running group increases access to mental health support through exercise, putting people before pace. It was founded by Jess Robson, who formed the first group in London in 2017. Having struggled with bulimia, anxiety, and depression, it was community and connection in running that helped Jess manage her mental health. So, she created Run Talk Run to support those feeling isolated, suffering with ill-mental health, and finding it hard to regularly exercise. And it’s now a global community with over 170+ groups worldwide!

Exeter is one of those 170 groups. We caught up with Jon, the group run leader, to find out more

How long have you been ‘running’ the group, and why did you start it?

I started Run Talk Run Exeter in April 2021, after moving to Devon from London. I have my own struggles with my mental health, but when I moved to Devon, I knew I needed to find a supportive network of people, and even better, ‘running people.’  I saw that Exeter had lots of running groups, but no Run Talk Run – I’m a keen runner and passionate about mental health support, so I thought it might be a way to meet and get to know like-minded people in an area where I knew no-one.

Have you always run?

No, not at all. But I have been running a while, quite consistently now for about 10 years. Before that, I ran a little cross country aged 11, 12, but it was mainly some team sports for me as a kid.

How important is movement to your own mental wellbeing?

Now, it’s integral. However, my late teens and early twenties saw little consistent physical activity or movement of any sort – once I left school, and stopped playing sport, I spent less time outdoors. It was also the period when my mood and anxiety difficulties first emerged. Running, climbing, swimming, cycling – most kids do these which are often associated with freedom, joy, learning, exploration, achievement and pushing one’s limits.

And then so many of us abruptly stop participating as teens or young adults. I’ve brought them all back into my life bit by bit. And they’re here to stay, as they help to ground me, balance my moods, and bring me bucket loads of joy. It’s been a gradual realisation (it’s taken a decade at least!) that one of my basic needs is to feel like a kid again and have these experiences regularly; to be outdoors, dashing about, spending time with friends and loved ones, having adventures. I’d highly recommend it.

What if people have never run before?

Run Talk Run puts connection, community, and peer support first, running second. It’s not about speed, racing, or ‘training’.  We go at the pace of the slowest runner, so you don’t need to be a speedy runner to come along. Although we stop at regular intervals to catch our breath and have a conversation throughout the run, I’d recommend giving the Couch to 5k a go if you’re completely new to running, and then build up to being able to jog 5k at a gentle pace.

There are also walking versions of the Run Talk Run groups (and you’ve guessed it, it’s called Walk Talk Walk). There isn’t a Walk Talk Walk group in Exeter (yet), so if anyone wants to carry the baton, look at www.runtalkrun.com where you’ll find all the information you need to help you get started. If you’d like to set up a group but could do with a bit of support to start, get in touch with your local Be Active team member, the ‘Wellbeing Exeter Community Physical Activity Organisers’ can assist. Find them here.

What would you say to people who are debating whether to come along?

Come along when you feel ready, but also ‘go for it!’ I know it can be daunting to make that first step, but we really are a friendly and welcoming bunch – and the group is free! Everyone has been a first timer, and while we have familiar faces each week, there’s often someone new who drops by. We know life gets busy too, so there’s never any pressure to commit to every week.

What feedback do you get from people who come to the group regularly?

Several people have said that it’s an important bit of social contact and connection each week. Working from home, living alone, or being new to an area can all be isolating experiences.

For some, the Run Talk Run community has helped them feel more connected to and at ease in the city. I’ve also heard that having a group, or even just one person, to run with and chat to helps people to leave work behind and get out of the house.

My feedback is that it helps me to have a consistent, supportive group of people I’ll see each week, to share some real conversation. I hope more than anything that people feel included, accepted for who they are, seen and heard at Run Talk Run Exeter.

When and where are the runs?

In the spring and summer months, we meet on a Thursday outside Puerto Lounge on the waterfront at 6.30pm. We do a 5km loop around the Quay, sometimes switching up the route (depending on people’s moods and how busy it is).

In the autumn and winter months, we run through the city, meeting at Coffery and Co at the same time. Each run is really relaxed, so it usually takes us 45 minutes to an hour to finish. We also get together for a social on the last Thursday of each month too, which is an excuse to try out some tasty grub and refuel.

How can people join in?

If you want to come along, download the Heylo app from the App/Playstore. You’ll need join the Run Talk Run – South West group, and then RSVP to each running event each week for safety reasons. You can use the app to chat with me one-to-one before you come along.

And finally, Jon – what’s your mantra that helps you when you’re on the move?

“I’m just here” is my moving mantra. It reminds me to pause and return to the present movement. To not live mentally in the past or future.

To find out more about Run Talk Run, check out runtalkrun.com.