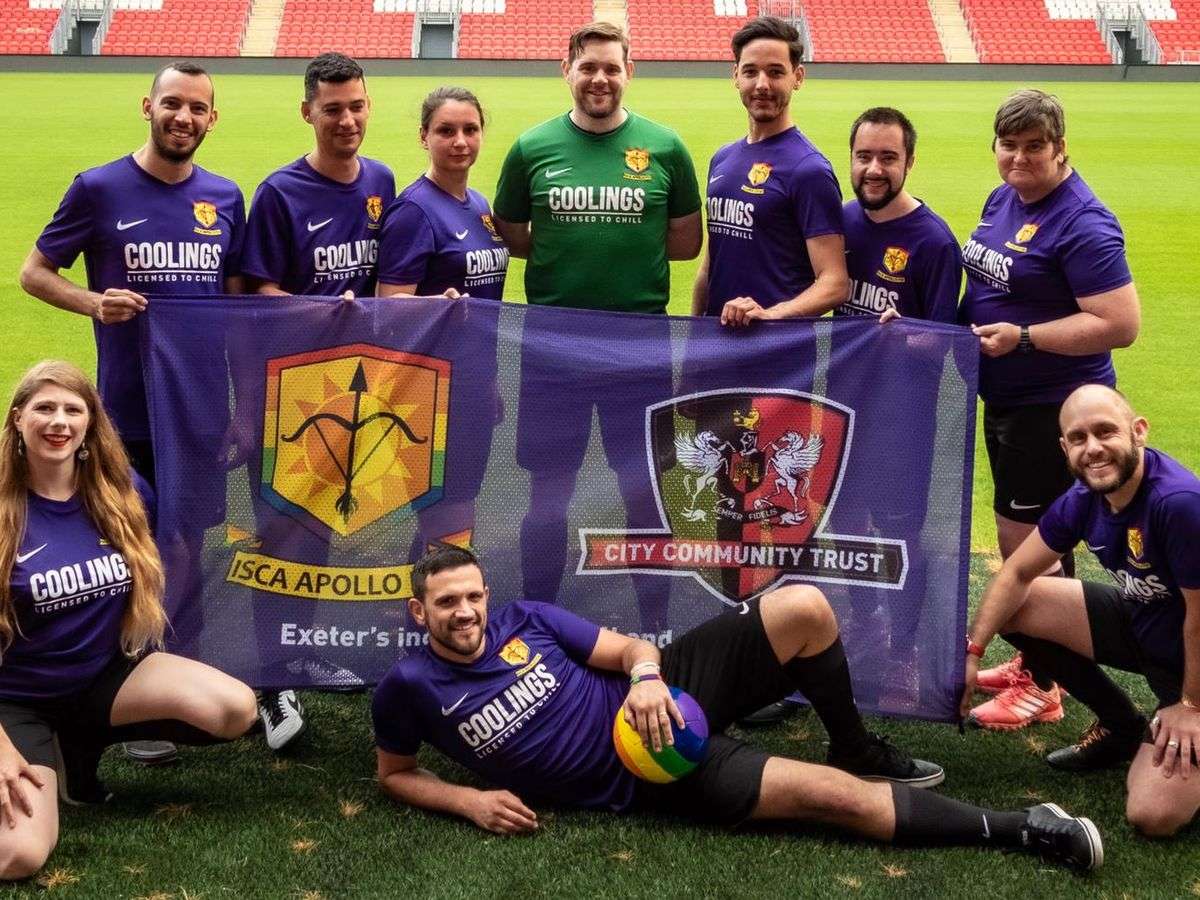 As you know, at Live and Move we are huge fans of anything that gets the people of Exeter and Cranbrook moving more and feeling good. But some people face additional barriers to taking part in organised sport, especially members of the LGBTQIA+ community who might have negative memories of doing so in the past.

Originally hailing from London, Lewis had previously played for an LGBTQIA+ football team there, which had given him a huge confidence boost. Before that, he says that he often felt anxious and worried about standing out from his teammates due to his sexuality, so having a safe space to enjoy playing the beautiful game allowed him to focus more on scoring goals and less on blending in.

When he moved to Exeter he wanted to create something similar: a safe space for people to simply play football without any stress or anxiety. Along with Craig Luny and Cody Hepburn, he decided to set up ISCA Apollo and the rest is history. Today, around 12-15 players come to training sessions every week with numbers steadily increasing.

Aside from the obvious fitness benefit and improved ball skills, Lewis says he sees players visibly gain confidence not only on the pitch, but in their everyday lives too. The social side of the club is just as important: the team often support the Exeter City Grecians at St James Park, go for nights out, and occasionally pop to the bingo!

Lewis says: ‘The friendships that I and the rest of the team have gained has been one of the best things the club has given everyone!’

It’s important to have clubs like ISCA Apollo. It’s important that everybody, and especially marginalised communities have a safe space to play sport without fear of bullying or abuse, which is sadly still prevalent within some sports.

Lewis says: ‘Many of the younger generation see football as a ‘straight’ sport and many people from within the LGBTQIA+ community do not see it as one that they could be successful at. Having clubs like us will hopefully help them realise that it is a sport they can pursue.’

If you are interested in joining ISCA Apollo, Lewis would like to reassure you not to be nervous. You may like to go to a social event before joining a training session to meet the rest of the team in a more relaxed environment, and, as club chairperson, Lewis makes sure to speak to all new players to make them feel welcome.

ISCA Apollo train every Wednesday night at 8:30pm at West Exe School for one hour.  The first session is free, after which it’s £3 per session for all members. Training is led by qualified FA coaches with a mix of drills, skills and a mixed-ability match during sessions.