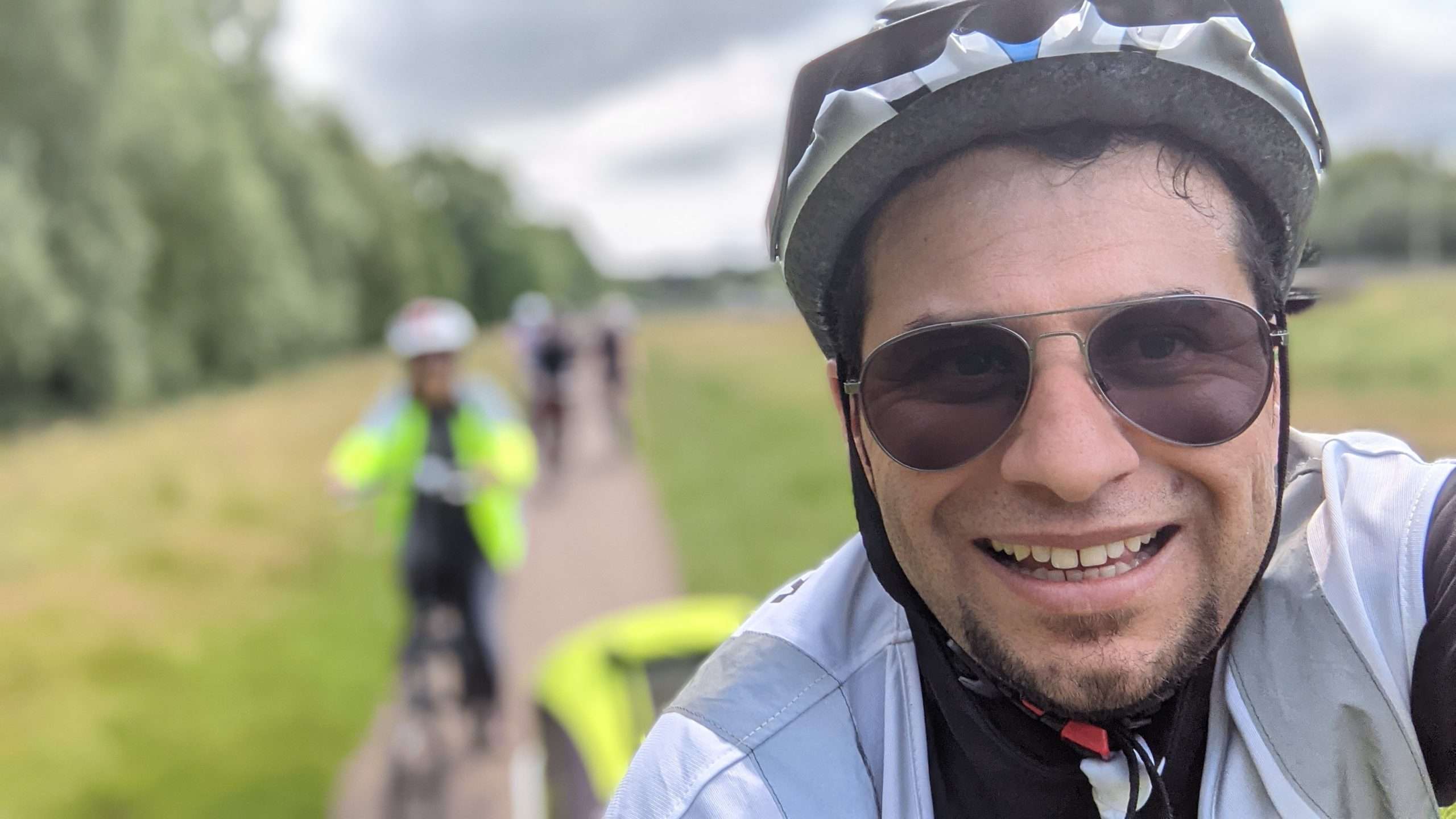 ← Working out, up, and down during lockdown Crunch Nutrition →

Growing up in Syria, the chances to get outside and participate in exercise were very limited for Khaled Wakkaa, so when he fled the country as a refugee and moved to Exeter in 2017 it’s fair to say that exercise wasn’t high on his list of priorities.

But that all changed when, as a new resident in St Thomas, Khaled (who at the time spoke no English) stumbled upon an event listing on Facebook and turned up at his local park to see what it was all about.

“When I arrived in the park, I couldn’t see the event but there was a group of people in the corner. I went over there to find out what they were doing, and they told me to join them by copying their movements. It turned out to be an exercise class, and even though I couldn’t understand a word, I loved it.”

Since participating in that Freemoovement class five years ago, life has changed for Khaled and he now volunteers with them, even running classes on their behalf regularly. He says that the support from Freemoovement has been incredible and joining the classes in those early days helped with his English, as well as his physical, and mental health. He has become a first aider and still loves the buzz that he gets from inspiring others and from being a member of the community.

As well as participating and helping to run Freemoovement classes, Khaled is also a keen cyclist, something that he had never done before arriving in Exeter five years ago.

He says: “When I arrived in the city, I realised that everybody here cycled, and they all looked so happy and healthy. I found a child’s bike in a charity shop and decided to buy it and to teach myself how to ride. I thought I’d get a child’s bike so that when I fell off, it wouldn’t be so far to fall!”

He soon taught himself to ride and bought a trailer so that he could move around the city with his young daughter.

It was when his second daughter was being born that sadly his bike was stolen from the hospital, but Exeter based charity ‘Ride On’ donated one to Khaled.

Khaled says that he used to get very tired walking up St David’s Hill. He now cycles it daily, with his two children in the trailer, and says that he doesn’t even need to stop.

But it’s not just his physical health that has improved.

“I’d always been a very positive person but as a refugee, I often feel very sad because I miss my family members and the war and now covid makes life difficult. Physical activity has given me the opportunity to feel happier. It gets me out of the house – if I stayed at home all the time, I would go crazy.”

So, what would Khaled say to anybody hesitant about beginning their journey to better physical health?

“Life is busy for everyone but feeling fit is so important. I cycle and do exercise every single day. I’m addicted. And I’ve learnt that children love being active, but they need somebody to encourage them which is all down to us adults.”

If you’d like to know more about Khaled, he (along with other authors) has written a book about his experiences of being a refugee. Go to his Facebook page to find out more: facebook.com/humancrossingsbook