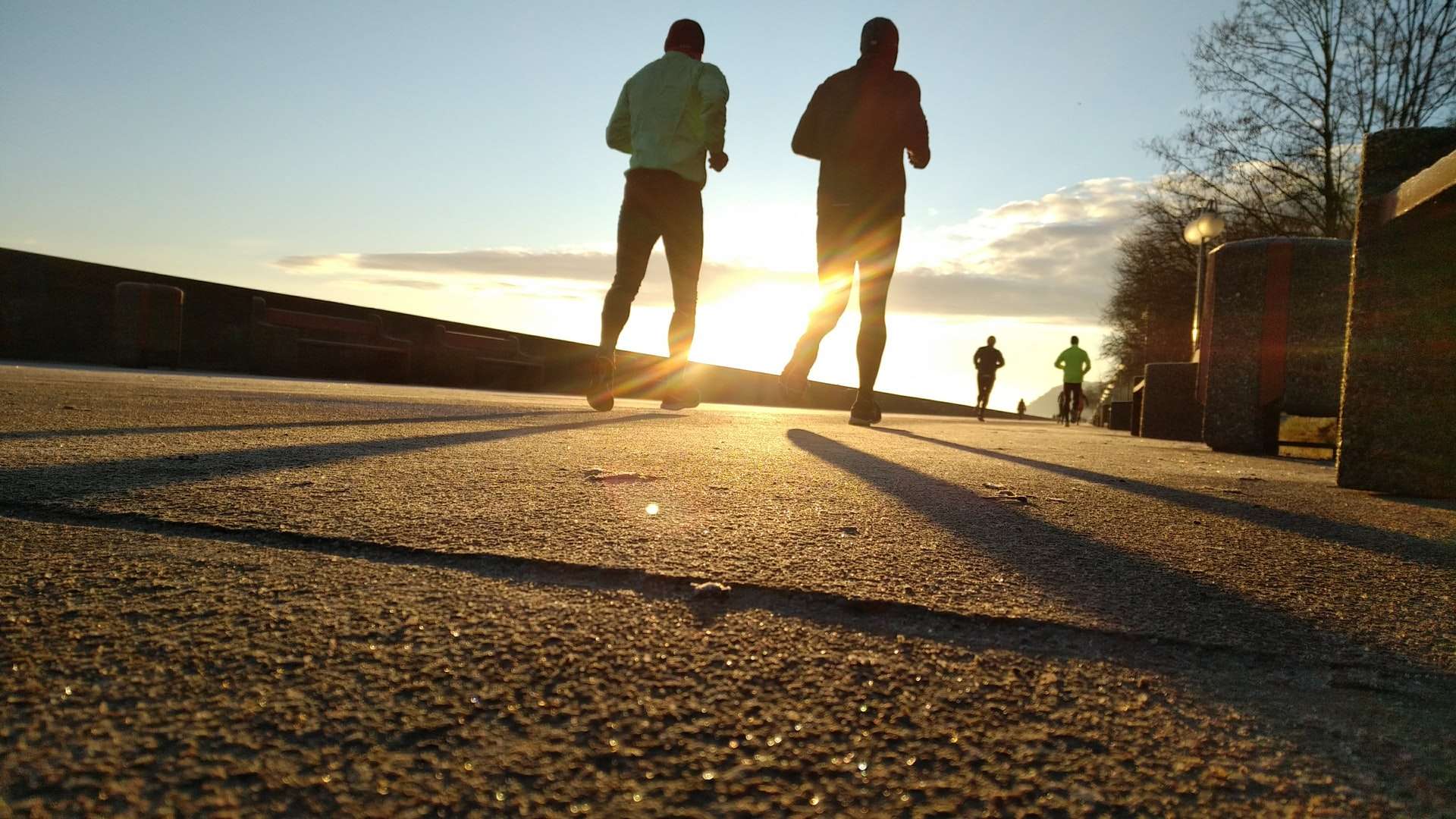 Members of the Heavitree Running Group in Exeter share their inspiring experiences and motivations as to why they love running!

“Today I ran for 20 Minutes week 5 of the couch to 5km virtual programme of Heavitree and Wonford running group. I believe that it’s never too late to start something new. There is no goal. I’ll go just as far as I can. Until recently I’ve been more artistic than active but about a year ago I rediscovered yoga along with swimming and a new activity, the gym.”

“Lockdown has suppressed the latter, but I’ve found a great combination between yoga and running, two activities that are still open to me. I’m fortunate that at 74 I’m still able to take on new exciting activities. I suppose really, I’ve always been a bit of a late developer and now at this time of my life I find that is no impediment to living life to the full.”

“I have been running on and off since I was a child. As an adult though, I fell out of love with it. It was not until I was 33 and in a new job that I started running with colleagues. They were brilliantly supportive, encouraging me to run when I didn’t want to and leading me to achieve things I never thought possible – first a 10k and later half marathons. But a new job meant I no longer had that day to day support.”

“A further running hiatus followed, exacerbated by a bike accident which caused stubborn injuries. A year ago I sought the help of a fantastic PT (Luke Cole) who not only helped me get past these injuries but also recover from a period of illness when I had to take extended time off work.”

“As I got better I slowly started running again. Then, at the start of this year, several wonderful friends encouraged me to join Heavitree Running Group. I was amazed at how many people turned up on that January evening, and how, despite the chill, people were so warm and welcoming.”

“Soon after, lockdown started and I, like everyone, struggled a bit. I had recently left my job to start my own business and throwing that together with looking after my family meant it could have been a tough time. But, HRG encouraged me through daily online fitness challenges and virtual races – keeping me resilient and ensuring I took time for myself.”

“I am hugely grateful to this community, led by the amazing Emma and Rich, who have helped me fall back in love with running and who, despite not knowing me, provided me with support and inspiration during this strange time.”

“Before I started running I did a little bit of physical activity at home such as home DVD’s and using a Cross Trainer. In January 2017 I went along to Heavitree Park with some friends and started a C25K program.”

“In July of that year I did my first 10k race and in October of the same year I did Exeter’s Great West Run. This was my first half marathon. The following year 2018 I became a run leader & ran the Great West Run again with the group that I helped train. I have also run a couple more Half marathons.”

“At the beginning of last year my running was hit by injury, because of this I lost the love for running. To keep myself motivated I used the monthly virtual running challenges that you see pop up on social media. I definitely would not have achieved any of these goals without the support from family/ friends and the amazing running family that I am now part of.”

“Even from the very beginning everyone was very encouraging and help each other to reach their goals. With the lock down restrictions that have been in place my daughter has been working from home and not getting out much, I am now half way through C25K program with her which she is doing really well at.”

“Running was never something that I imagined I could or would do. I’ve always been proud of how much my mum has achieved with the running group, the friends she’s made, the time, effort and perseverance to keep going. And now she has encouraged me to take part in the Couch 2 5K programme, supporting me fully. Although, with your own mum being a run leader and lockdown in place, there is really no excuse to give up.”

“I’ve never been a hugely active person. I’ve tried gym memberships a handful of times, but never really committed or felt comfortable in the environment. Low self esteem and lack of confidence has always been a problem for me, later resulting in some anxiety and mild depression.

“So, this year I’ve made it my mission to be more of a completer finisher, some small goals and some bigger, with the aim to make myself feel more empowered and more headstrong – Couch 2 5K being one of these goals. I’m over half way through the programme now and am surprised at my own stamina, though a massive part of this is down to the support and encouragement from my mum.”

“I have never forced myself into doing anything, but there is something to be said for pushing yourself outside of your comfort zone. The free time that lockdown has given to us, helped me to focus on myself and has shown me that I can achieve more than I realised and if you set your mind to it, you will achieve.”

“Running isn’t about how fast or how far you can run. It’s about how it makes you feel overall. There is no drastic change into happiness, but I’m beginning to notice the difference in how I feel day to day. More energy, more enthusiasm for life and more confidence in all aspects of life. I’m only at the beginning of my journey, so I can only begin to imagine what else this new found love for being active will bring for me later.”