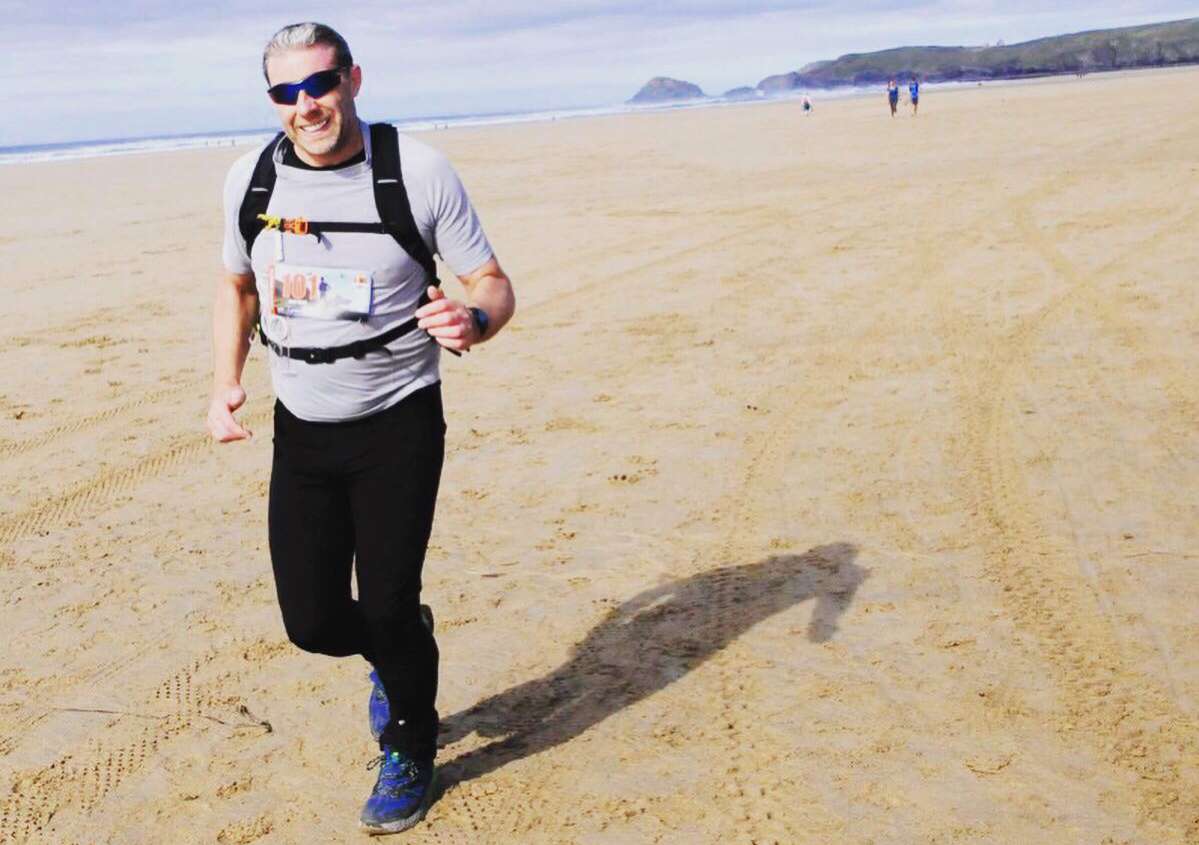 If the autumnal days and nights are putting you off the prospect of heading out for your regular jog, spare a thought for this keen runner who has just completed three marathons in three days.

After losing his friend Johnno to suicide in 2018 and spending a lifetime learning to cope with his mother’s schizophrenia, Gary Head, Regional Social Prescribing and Physical Activity Adviser for the south west, decided to set himself a huge personal challenge: running three marathons in three days to raise money for Dorset mental health charity, Dorset Mind.

The run took him up and down the coastal paths from Trevose Head near Padstow to Perranporth; Perranporth to Hayle; and finally, Hayle to Land’s End, arriving at the famous landmark, fittingly, on World Mental Health Awareness Day.

‘If anyone knows that coastal path particularly well, you’ll know that it is not a straightforward run – it’s very up and down, with lots of steps, sandy beaches, and lots of elevation!’ Gary explains.

The difficult terrain coupled with unpredictable British weather meant that the challenge was not plain sailing: on the final day, Gary had to get up at 7am with leg muscles exhausted from two consecutive marathons in two consecutive days and the loss of a toenail from constant impact. Despite these extra tests of his mettle, Gary didn’t give up and crossed the finish line at Land’s End right on time.

This wasn’t Gary’s first mega-challenge: in 2018, he ran the entire length of the South West Coast Path from Minehead to Poole, which entailed over 1000km of running across the cliffs and beaches of Somerset, Devon, Cornwall, and finally Dorset. Taking six weeks to complete and raising over £10,000 for mental health charities, this run inspired Gary to keep pushing himself and set himself more ambitious challenges like running three marathons in three days. Crossing the finish line was, of course, a huge moment – not least because of his toenail-less big toe. Gary’s cousin Alison was there to greet him with his prize for completing the challenge – a Cornish pasty bigger than his head.

If you’d like to find out more about Gary’s efforts, take a look at his Twitter page here, or donate to his fundraiser here.